Valeta Orlando is Director of Evangelization and Faith Formation. She grew up in Boston but moved to Wisconsin when she was a senior in high school. She earned a degree in economics at the University of Wisconsin-Madison, which is also where she first became very active in campus ministry. The year after she graduated she became an Apostolic Volunteer with the Sinsinawa Dominican Sisters, assisting the parish Director of Religious Education. This job prompted her to return to Madison to get a Religious Studies Degree from Edgewood College (which is run by the Dominican Sisters of Sinsinawa). She became a DRE in Madison and Minneapolis, then moved to Florida where she worked for the Nielsen television ratings. She returned to the ministry in 1990 and served for 15 years as DRE and then Director of Liturgy at St. Matthew in Winter Haven. During that time she received a Masters in Religious Education
from Loyola University-New Orleans. She then became Director of Adult Faith Formation at Sts. Peter and Paul in Winter Park.

Before coming to St. Brendan’s Valeta worked in the diocesan Chancery as Manager of Adult Ministry for 7 years, where she was primarily responsible for implementing the RCIA around the diocese, developing sacramental policy, and providing parishes with resources in adult faith formation and small Christian communities. In her spare time she is a photographer and has traveled around the diocese as a freelance photographer for The Florida Catholic. Now she photographs about two dozen Confirmations a year with Bishop Noonan. Valeta has 2 sisters who live in Maryland.

Valeta tells us: “I am now DELIGHTED to be back in a parish and consider myself blessed to be given an opportunity to serve at St. Brendan.” 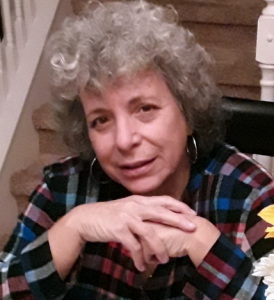