Eugene Kearns Mastrangelo  was born in Manchester, Connecticut in August 1937. He married Marjorie McBrierty in 1955 (She sat two seat away from him in Manchester High School for four years, but he didn't have the courage to ask her for a date until senior year). They have four children, fourteen grandchildren and one great grandchild so far.  Gene said; “Baptizing my first great grandchild Kyle, was a wonderful gift.”

Ordained as a Deacon in September 1993 in the Archdiocese of Washington D.C., he served in Saint Pius X, Bowie Maryland 1993-2000 and Saint John Vianney, Prince Frederick, Maryland 2000-2014. He served as RCIA director, facilitates a grief support group, conducts grief seminars, and participates in the Saint Vincent de Paul and Horizon Prison Ministries.

Why did Gene become a deacon? He said; “The nature of the duties of my professional life often left me disappointed and discouraged. I believe the Holy Spirit and the witness of good people, especially my wife Marj, led me to believe I had to help make God's unconditional love credible to those I meet.  As I told the company CEO when I announced I planned to retire: "I gave the first fifty five years to Caesar, the rest I give to God!" After attending Saint Brendan's for some time, it was suggested I seek permission to serve in the parish.  I was granted permission  to serve in this diocese in 2009.” I have always felt most useful serving those at the edge of the flock, those estranged from our faith community, those confined to nursing homes, hospitals,  shut-ins, the sick, the dying, the grieving, most especially those in prison. As a military man I believe instructions in manuals serve as excellent guide. For me Matthew 25 31-46 has been and remains my marching orders.” 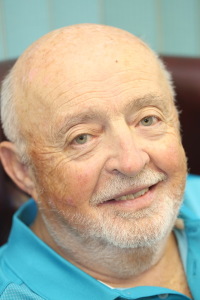